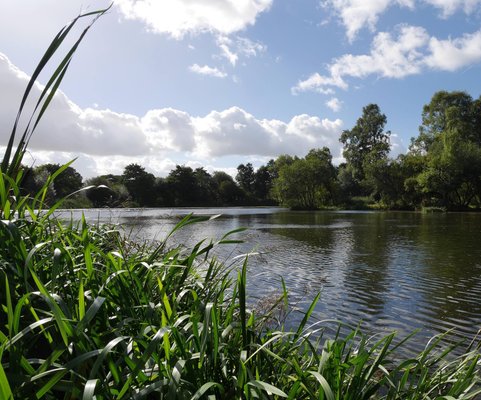 Heatley Mere was the clubs first acquisition and our signature water.

The Mere is a special place and holds a good head of large carp which are known to run to 20lb+.

There are mirrors and commons and also some very large Koi hybrids including the legendary “Orange One”.

The Mere also holds a large head of quality tench and bream with fish running up to doubles as well as lots of roach,

well. Night fishing is allowed by permit only and must be booked online.

There is a two rod maximum unless you are the sole angler in which case three are permitted.

Strictly no fishing from the houses side allowed, fishing is from numbered pegs only.